Those who use it are able to develop websites using the familiar interface of Microsoft tools such as Web Deploy and Visual Studio. With ASP.NET, users can develop a database-driven website with the Microsoft SQL database. Another advantage is that Windows Server can run PHP and MySQL, which are common and popular programming and database options. It’s the versatility of the Windows Server that makes it such a great option.

It’s important to compare Windows Server software because choosing the right one is crucial to a business environment. There are older versions of Windows Server that are still in use using older hardware and operating systems, but overall, keeping your Windows Server up to date is important.

The main reason to keep older Windows Server software is that you are using older hardware and software that won’t run anything else. There are companies still operating this way. This is why older versions of Windows Server still sell.

The storage system, handled by Hyper-V, was also updated in this version. The Hyper-V virtual switch and Hyper-V Replica were included in this release to enhance the uptake of hybrid network strategies.

Both PowerShell and Server Core grew in importance with this release. There were four editions of Windows Server 2012: Essentials, Foundation, Standard, and Datacenter. The Essentials edition was aimed primarily at small businesses.

Update for Windows Server 2012 was released in 2013. The composition of the operating system made extended use of the PowerShell, with a concentrated and continued effort to provide better server functions onsite and better capability to integrate cloud services. Security systems and network services were completely rewritten. There were also major overhauls to virtualization and storage systems and Web services were enhanced.

The storage feature enhancements included replication for distributed files and improved access for file sharing. The ability to serve mobile devices with software from the server was greatly improved as well. This release also saw the introduction of the PowerShell-basedDesired State Configuration system for improving network configuration management.

Windows Server 2016 came with a very important server system that appeared bundled with it. It was called the Nano Server. It’s a lightweight minimal server implementation that has fewer interfaces, making it harder to attack. The 2016 version of Windows Server also includes Server Core.

Additionally, VM systems were added with an encryption system for Hyper-V and the ability to interact with Docker. This tool was useful for “containerization,” allowing systems administrators to deliver corporate-owned software to user-owned devices. Microsoft also introduced the Network Controller in Windows Server 2016. This enabled administrators to manage both physical and virtual network devices from one console. Windows Server 2016 comes in Standard and Datacenter editions, with no R2 version available. 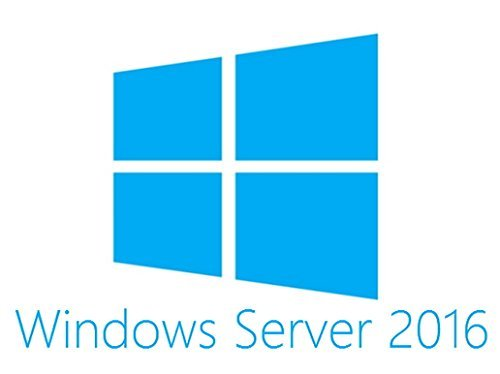 Windows Server 2019 is brand new and brings much more functionality to the table. Since the range of potential deployments makes it impossible to pinpoint any realistic recommended system requirements, you need to always consult the specific product documentation for each of the server roles to determine what you need to deploy the way you want to deploy. If you have the budget, Windows Server 2019 is a powerful choice, with all of the expected editions to offer you the widest range of productivity.

Foundation is the edition you don’t have access to in Windows Server 2008, so that’s a plus for you. Foundation is designed to give you extreme cost-effectiveness and is ideal for the small budgeted business. It’s a basic starter edition of Windows Server 2012, making it ideal for a small business without an IT department or dedicated IT employees. You get all the essential server functionality without virtualization rights. Server licensed and limited to 15 users.

Essentials are nearly the same as Foundation, with a bit more functionality and the ability to have up to 25 users. There is still no virtualization rights. Essentials is ideal for small companies with a bit more budget and maybe an IT employee or two.

Standard is great for non-virtualized or lightly virtualized environments. Small to mid companies can benefit here, especially with an IT department, no matter how big or small. Includes all features with two virtual instances. Licensing is processor plus CALs.

These editions are also available for Windows Server 2019.

The console covers multiple servers; it doesn’t matter whether the operating system of a monitored server is the full GUI version, Server Core, or Nano Server. The utility includes performance monitoring, configuration management, and control of the services that run on each monitored server.

While you can already run Linux on a Windows server through a VM, Windows Server 2019 provides a Linux-compatible subsystem. These are called “native shielded VMs for Linux.” This elevates the process of running Linux on the server.

Since traditional defense tactics are no longer capable of protecting systems and data, advanced threat protection systems are crucial. The inclusion of the Windows Defender ATP in Windows Server 2019 is incorporated.

The ATP monitors account activities, protects log files from unauthorized changes, and keeps track of activities of users around data storage to identify APT intrusion, making this the most secure Windows Server available.

You also get leaner Server Core and services, improved GUI controls, Windows Server Cloud, and more. If you are running new hardware and software, transitioning to Windows Server 2019 is a good idea.

How to Choose the Best Version of Windows Server

One thing to consider when is the budget. Does your company have a large budget or no budget? Older versions of Windows Server are more affordable and more accessible to companies with limited budgets, but Microsoft may no longer offer mainstream support for older versions. This means you are on your own. Depending on your company's needs, this might be a viable solution, or at least a temporary solution until you can expand your budget.

You may have the budget, but your hardware might be out of date. Again, unless you have the money to invest in hardware upgrades, you might need to use an older version of Windows Server. When possible, Windows Server 2019 is the best option available and the recommended version to use.

These versions are cost-effective and useful for anyone running older hardware or those who don’t meet the criteria for running Windows Server 2019.