Many users are struggling with the Windows 10 2004 release, also known as the May 2020 update. The new version contains many unaddressed issues that halt the smooth operating of your device. 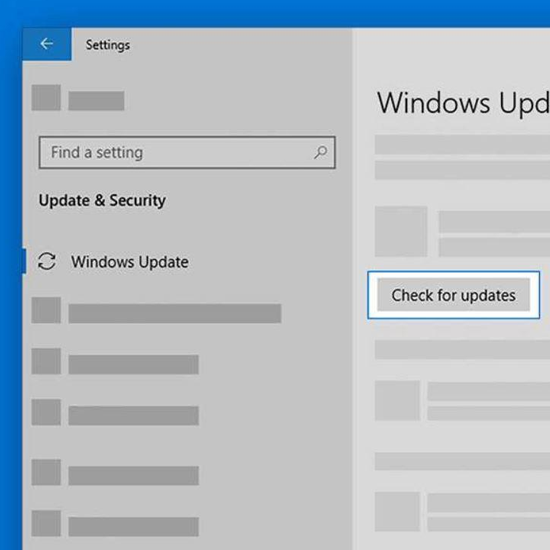 Microsoft is rolling out the May 2020 Update for Windows 10 to millions of mainstream users. The update brings several new features and changes to how your system operates, in an attempt to create a more fluid, enhanced experience. However, even after several months of testing by Insider users, many bugs and errors have slipped through the cracks that Microsoft is yet to fix.

In this article, we’ll discuss the issues present in the Windows 10 May 2020 update and how to fix them.

It’s not uncommon for new updates of Windows 10 to cause problems on your device. In most cases, there are two types of errors that may occur in relation to an update to the operating system. For instance, you may run into errors in regards to actually updating to the new release, such as activation errors, storage errors, and so on.

The other type of error happens after you’ve updated your device — this is what we refer to as actual errors in the update itself. These are mostly issues caused by the update released without Microsoft making the necessary fixes before allowing users to acquire the May 2020 update.

In an attempt to reduce the number of faulty upgrades, Microsoft has limited the ability of some people to download the May 2020 update. You may see a warning message when attempting to update, letting you know that your device isn’t quite ready yet. In this case, all you can do is wait for Windows 10 version 2004 to be compatible with your PC or laptop.

If your machine is having issues updating to the Windows 10 version 2004 (May 2020 update), this section is for you. We’ll be going over ways to ensure you can update to the latest version without running into an error.

1. Use the Windows Update troubleshooter 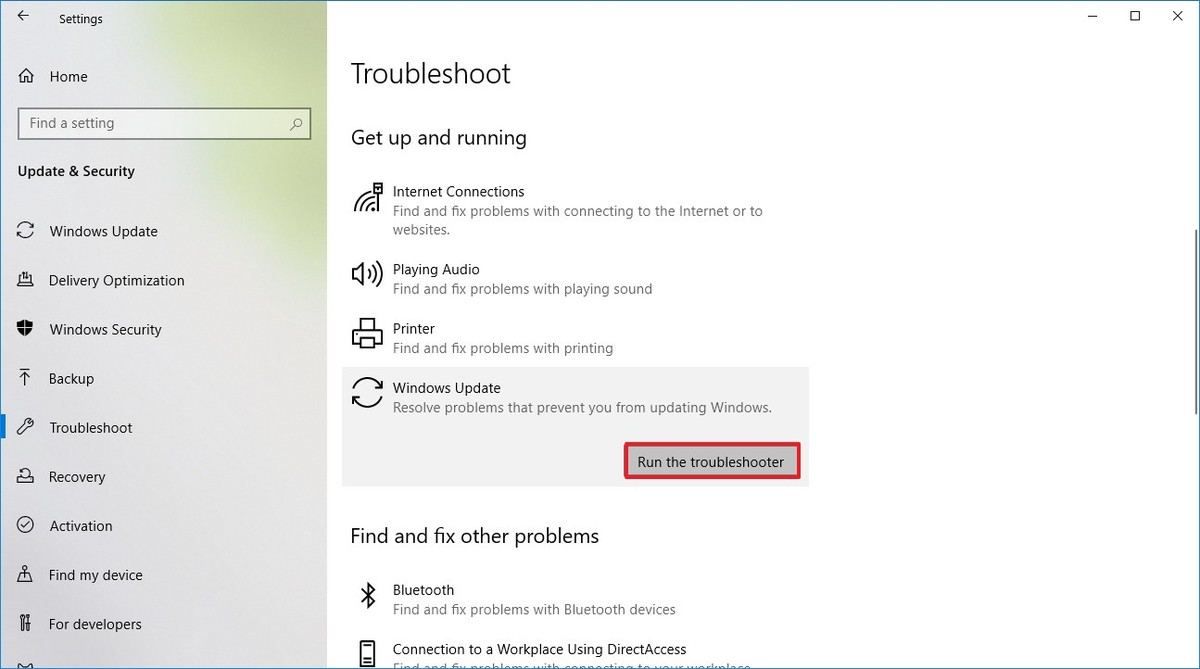 Microsoft themselves have issued a designated tool to help fix issues with Windows updates. This tool is free and available for download to anyone, even without a Microsoft Account. All you have to do is simply run the tool and see if it’s able to identify and fix any errors.

If you seem to run into the 0xc1900223 error, it means that the update agent is failing to download the update. At this time, there’s nothing you can do but wait for the agent to be able to proceed with the download at a different point in time.

Seeing the 0x80073712 error code appear when trying to install the May 2020 update means that important update files are either missing or damaged. To troubleshoot this issue, you will be using the Deployment Servicing and Management (DISM) tool.

The DISM tool allows you to identify and fix corruption issues with your system by simply running commands in the Command Prompt application. It checks for corruption system-wide and automatically attempts to restore damaged or missing files. Simply follow the guide below to see the necessary steps you need to take to resolve this error.

The 0x800F0922 error code is related to using a VPN service when attempting to update to the May 2020 update. This is the easiest error to fix, as all you need to do is temporarily disable your VPN to allow the update to download and install.

If you’ve already successfully updated to the May 2020 update, you might run into the issues below. Keep an eye out for suspicious errors, restarts, and other issues with functions to effectively identify known errors. Our guides will help you deal with the circumstances while Microsoft is working on an official patch.

1. Can’t connect to more than one Bluetooth device

There’s an issue on the May 2020 update which presents incompatibility issues with certain Realtek Bluetooth radio drivers on Windows 10, version 2004.

If you’re experiencing issues with connecting multiple Bluetooth devices, this is most likely the cause of the error.

What you can do: Wait for Microsoft and Realtek to release a resolution and provide the update in an upcoming release.

There’s an issue on the May 2020 update which presents incompatibility issues regarding certain monitors. The monitors affected are those with a Variable refresh rate (VRR) plugged into an Intel integrated graphics processing unit (iGPU) display adapter.

The issue is that enabling the VRR feature on affected devices won’t enable the VRR for most video games, especially games using DirectX 9.

What you can do: Wait for Microsoft and Intel to release a resolution and provide the update in an upcoming release.

3. Errors or restarts for devices using Always On, Always Connected

Users have noticed that some devices utilizing the Always On, Always Connected feature have compatibility issues with the May 2020 update of Windows 10.

More often than not, affected devices have more than one Always On, Always Connected capable network adapter. Users of these devices have been experiencing unexpected restarts and error messages since updating to Windows 10 version 2004.

What you can do: Wait for Microsoft to release the patch for this issue in mid-June.

4. No mouse input with apps and games using GameInput Redistributable

Yet another incompatibility issue with the May 2020 update was found with certain applications and games using GameInput Redistributable. The affected software seems to lose mouse input, making it impossible to operate the applications.

What you can do: Wait for Microsoft to release the patch for this issue sometime in the future. If you’ve already updated to Windows 10 version 2004, you may need to stop using games and applications that rely on GameInput Redistributable until the fix is released.

We hope that this article was able to help you learn more about the errors present in the Windows 10 May 2020 update, also known as Windows 10 version 2004. If you have any questions or require help regarding these issues, our customer service is always open.

If you’re looking for more guides or want to read more tech-related articles, consider subscribing to our newsletter. We regularly publish tutorials, news articles, and guides to help you in your day-to-day tech life.