As you might be aware, the extended support for Windows Server 2008 and 2008R2 will come to an end on January 14th, 2020. End of support means the end of regular security upgrades, and this can be very detrimental, bearing in mind a cyber-attack on your server can make you lose a lot of vital data and resources for your organization.

The 2008 family of products was great for its time, but it is recommended you now upgrade to the more current versions for better performance and improved security and updates.

The end of support for 2008 products, including SQL Server 2008 and 2008 R2, which end n 9th July 2019, presents you an ideal chance to transform your IT platform and move your infrastructure and applications to the cloud, especially with the cloud-ready Microsoft current server products.

Microsoft announced to address this need. There will be an extended security update that will be available for Free in Azure in 2008 and 2008 R2 versions of Windows Server and SQL Server.

As with any end of life scenario, you need to start thinking about how to either upgrade or perform data migration to newer supported versions and platforms.

You can use this period to migrate your workloads to Azure with no application code changes and with near-zero downtime. Doing so will give you more time to plan your path and your ideal server needs.

Upgrading or Migrating; Which one to Choose?

There is a lot of assessments and planning that is involved with planning into performing data migration from one platform to another. This is particularly true if you have business-critical workloads that are running on platforms that are being deprecated.

Most times, it can get confusing trying to figure out between migrating and upgrading and making a choice on which one is best for you. So, what is upgrading as compared to data migration? What is the difference between the two?

By default, the applications, roles, services, and other data that may be hosted on the server are brought forward during the in-place upgrade.

Microsoft has published supported paths to accomplish the upgrade of Windows Server operating systems. In a nutshell, you mount the media, either physical or ISO file to a virtual or physical machine, and run the setup.exe file that is found on the Windows media.

Upgrading Windows Server presents an easy way to keep all the same configuration and other roles that are installed on an existing server to a newer version of the Windows Server operating system. Note that the data migration process is part of the upgrade itself. 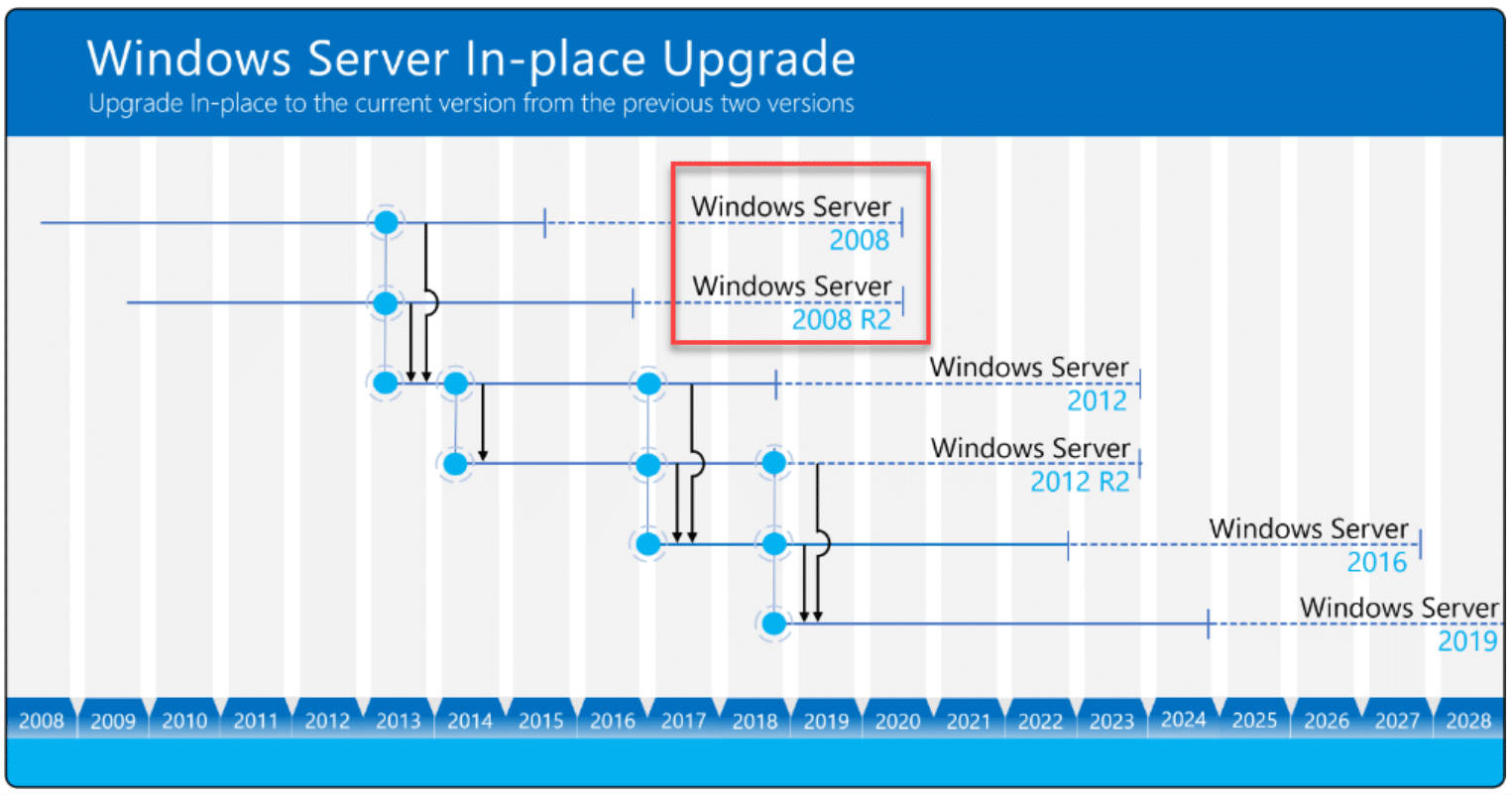 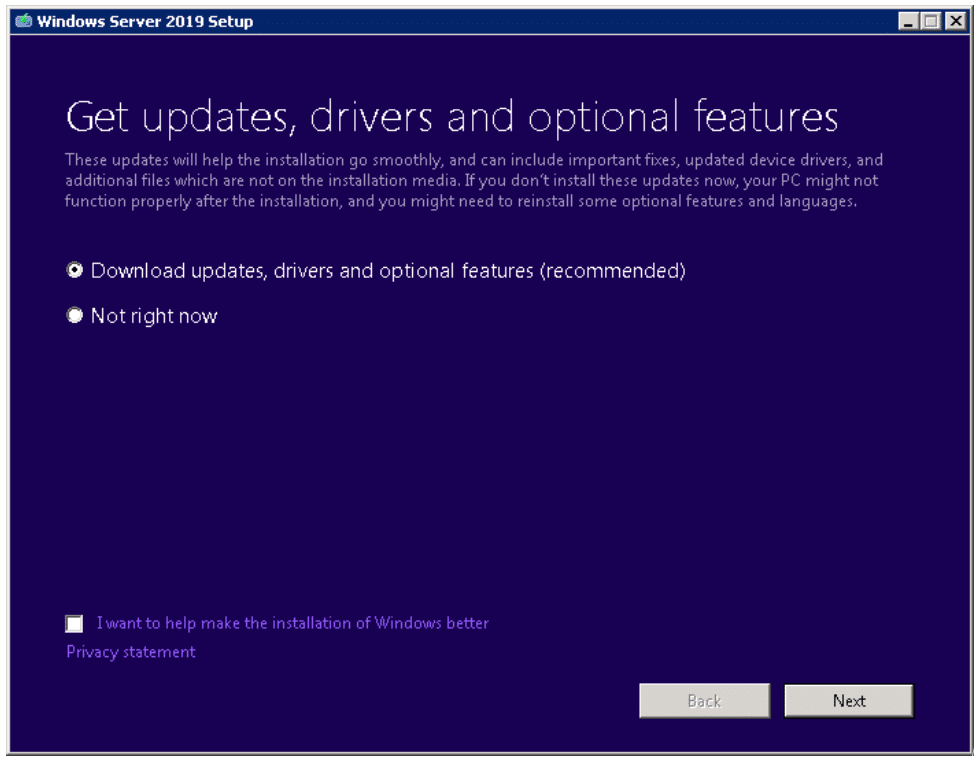 Though upgrading an existing server can seem to be the easiest way to getting off a deprecating platform to a supported one, caution must be exercised. It is essential to verify compatibility and requirements before attempting any upgrade.

With migration, the end goal is the same – get to a supported version of the Windows Server operating system. However, getting it is a bit different as compared to upgrading.

Rather than mounting the install media for a newer Windows Server operating system, with migration, data, services, and roles are moved to a newer server that has already been provisioned.

Think of Windows 2008/R2 server that is serving multiple roles such as DHCP server, hosting custom applications, and file server.

When performing a migration, you could potentially migrate the roles and services to different newer servers instead of one. Through doing so, may not necessarily be required, you get the opportunity to split out roles and services during the migration process.

So this brings us to another exciting topic; the pros and cons of both upgrading and migrating Microsoft servers. Let’s have a look.

When looking forward to performing an upgrade of Windows Server 2008/R2 to a new Windows Server platform, there are different considerations to be made. These include;

Keep in mind that each upgrade means setting you back on some downtime.

See the image below on upgrade paths. 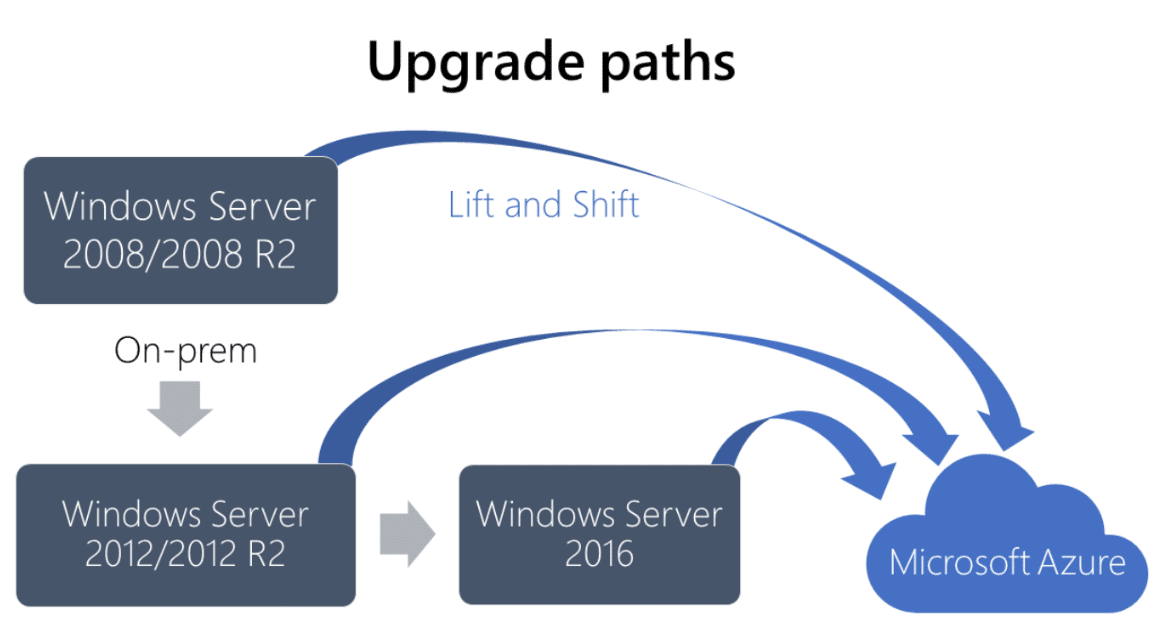 If you currently have Windows Server 2008/R2, you can upgrade on-premises or to Azure. This means IT admins yet have more options and possibilities when rethinking about upgrades.

Today, the power of the cloud has become the driving force behind IT operations. The Microsoft Azure public cloud is an exciting platform to get things done. The Azure public cloud provides a reliable platform with many benefits for today’s businesses.

You can migrate your on-premises Windows Server 2008/R2 to Azure, and this will enable you to continue running them on virtual machines. With Azure, you will stay compliant, more secure, and add cloud innovation to your work.

Here are some of the benefits you will get by migrating to Azure;

Apart from deploying your servers to the Azure cloud platform, a second secure way to perform server upgrades is to upgrade to Windows Server 2012 R2 platform. In case you want to keep the same hardware and all the server roles, you will need to do an in-place upgrade, as we have discussed earlier in this guide.

An in-place upgrade will allow you to go from an older operating system to a new one, while at the same time keeping your settings, server roles, and data intact.

Before you can start your Windows Server upgrade, it is recommended that you collect some information from your devices, to help you with diagnosis and troubleshooting issues. This information will come in handy in case your upgrade fails, so ensure you store the information in a secure place where you can access it for future references.

To collect your info

After you have collected all your Windows Server related information, it is highly recommended that you perform a backup of your operating system, virtual machines, and apps.

To perform the upgrade 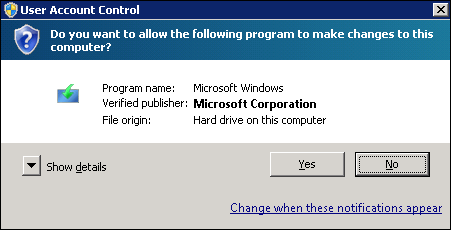 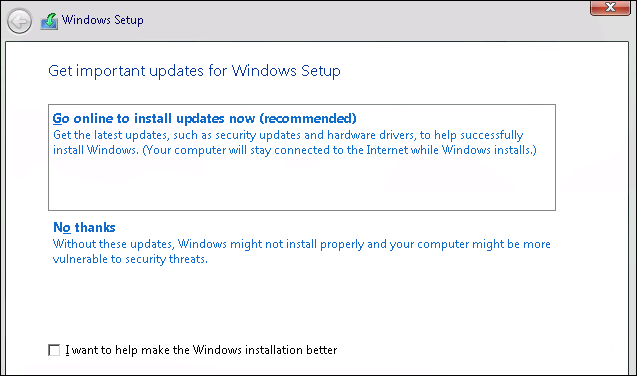 6. Select the Windows Server 2012 R2 edition you want to install, and then select Next 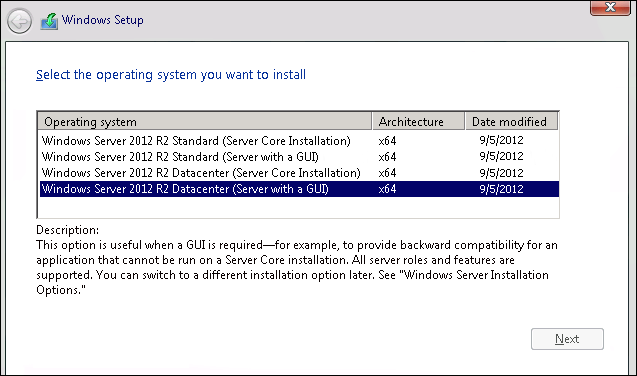 7. Select I accept the license terms to accept the terms of your license agreement. This will be based on your distribution channel such as (Volume License, Retail, OEM, and so on) and then select Next.

8. Select Upgrade: Install Windows and keep files, setting, and applications to choose to do an in-place upgrade. 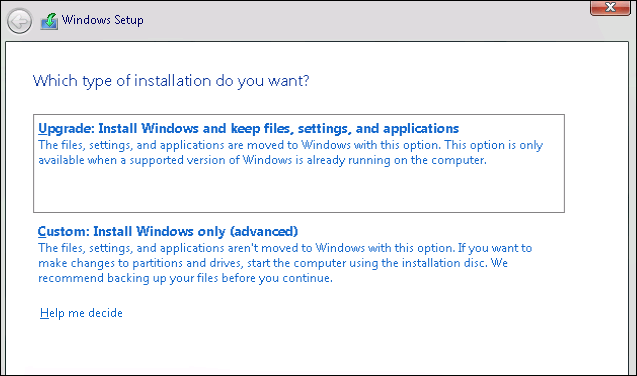 9. The setup reminds you to make sure your apps are compatible with Windows Server 2012 R2, and then select Next. 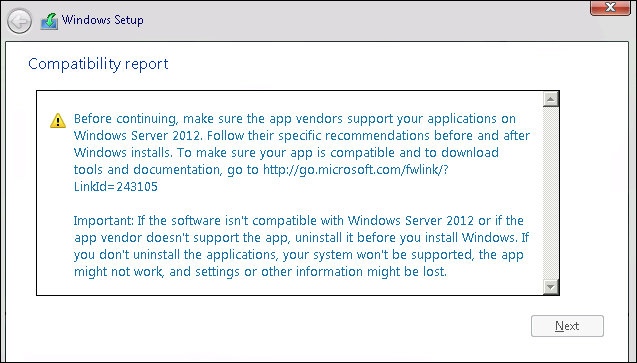 10. If you see a page telling you that upgrade is not recommended, you can ignore it and select Confirm. It was put in place to prompt for clean installations but isn’t necessary. 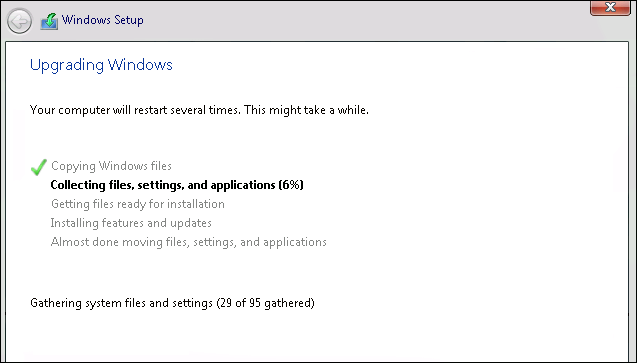 The in-place upgrade will start, showing you the Upgrading Windows screen with its progress. After the upgrade finishes, your server will restart.