What is Windows Service Host SuperFetch, and how do you fix it

Simply put, Service Host Superfetch in Windows is an essential program built to speed up your system’s performance but one that sometimes creates problems instead. 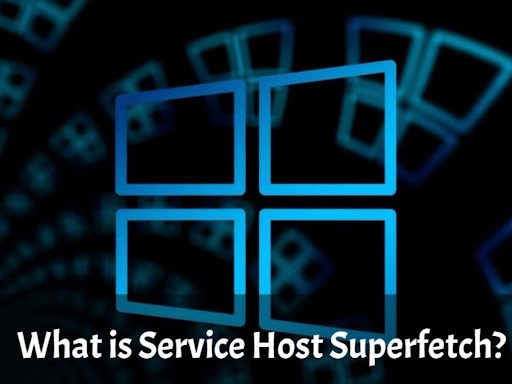 Have you met a situation like this: “Your computer ran into a problem that it couldn’t handle, and the disk usage was nearly 100%, and you find that this problem is caused by Service Host:  SuperFetch.”

In this article, you’ll find all the answers to all the questions you have about Service Host SuperFetch.

What is Service Host SuperFetch on Windows 10?

Unknown to many, Service Host SuperFetch was initially introduced in Windows Vista and has since been carried onwards in every Windows Operating System version up to Windows 10.

Service Host SuperFetch is an essential Windows process that ensures that users don’t get into trouble while using their PC. The key goal of SuperFetch is to optimize system performance by managing random memory (RAM) to enable apps to perform efficiently.

Some computer analysis can say that SuperFetch has a generic purpose. Basically, it allows Windows Operating System to run efficiently and take care of regular applications, programs, and downloads from crashing while enabling them to work smoothly.

What does Service Host SuperFetch do?

As mentioned above, the key goal of Service Host SuperFetch is system optimization. The SuperFetch process analyzes your system - particularly your RAM usage - and generates a profile of the applications and programs you frequently use or run.

As you continue using your system, SuperFetch gradually learns what you run frequently. It will then pre-emptively load these applications’ elements onto your RAM so that when you need those applications, they’ll load up much quicker than they might have otherwise done.

So, the basic things that SuperFetch does, in short, include;

Mainly, Service Host SuperFetch speeds up application load times for users that are running hard drives (HDD) - especially older HDDs. Those running a Solid State Drive (SSD) may not see much improvement from SuperFetch. This is because, by default, SuperFetch doesn’t load applications into an SSD memory on your system.

However, suppose you’re running a mixed drive system, for instance, using the SSD to run the OS and the HDD for storage purposes. In that case, SuperFetch will be able to improve your system’s performance without interfering with the SSD’s operation.

Why is Service Host Superfetch on my Task Manager?

It starts with knowing that Service Host Superfetch is a background process. You may not recognize the work of Service Host SperFetch until you check the task manager. It is not a virus like some users may think.

You’ll find Superfetch on the Task Manager because, like a number of other Windows 10 services, SuperFetch doesn’t run on its own. It is not a listed process but is collected under the generic “Service Host” processes.

It is a .dll process that Microsoft has preferred lately as it moves away from the powerful but vulnerable and problematic .exe files.

To find Superfetch in the Task Manager, scroll through the list of “Service Host” processes operating in the background of your PC, and locate the one listed as Service Host: SuperFetch.

Service Host Superfetch is usually a good process until you see it with high disk usage issue characters. Once your applications are running smoothly, SuperFetch will completely take away that happiness.

If, for instance, you’re using Windows 10 and you find that Service Host: SuperFetch is taking much of your Memory, CPU, or Disk usage, you’re not alone. Sometimes Superfetch uses up to 100% of memory. This problem has been reported by many Windows users.

Superfetch high disk usage usually occurs because this service often makes your PC use its maximum ability and resources to respond to I/O requests. Normally, it cleans up the RAM and copies the frequently used and new files that you’ve recently accessed.

Once Superfetch service completes overhauling your PC’s RAM, the disk usage will automatically reduce. However, it should be a concern to you if the disk usage doesn’t reduce.

Should I Disable SuperFetch?

That depends. Has Service Host: SuperFetch caused you trouble? Superfetch high disk usage is part of the process and, as mentioned earlier, isn’t something to worry about.

Disabling Superfetch won’t cause your system any instability or glitch. However, as you use your system, you may notice some lag when accessing the commonly-used apps that would otherwise load faster when Superfetch is enabled.

To disable Superfetch in Windows services:

Method #2: Disable SuperFetch in the registry

Once done, close the Registry Editor and restart your system, then go to the Task Manager and see if the service host Superfetch is still available and showing disk usage.

Wait a few minutes for the command to run and check your computer’s disk usage in Task Manager. The Superfetch high disk usage should be fixed.

If you enjoyed reading this article, share it with your friends, colleagues, and family. Return to us for more informative articles all related to productivity and modern day technology!

If you need any further help, just reach out to our customer service team, available 24/7 to assist you.

We also have promotions, deals, and discounts on our products for the best price. Would you like to receive these great deals? Please subscribe to our newsletter by entering your email address below! Receive the latest technology news in your inbox and be the first to read our tips to become more productive.

> How to Check for Affected Programs & Drivers When You System Restore
> What's system interrupts and how to fix it
> Fix: Cortana Won't Close In Windows 10