Service Pack 1 for Windows 7 and its Features

Windows 7 was already a popular upgrade from Vista. Its reworked Taskbar reduced clutter, previews were slicker and System Tray is easier to control, making it more convenient for users.

If you’d like to pick up your own copy, every purchase of Windows 7 from SoftwareKeep’s store comes with SP1.

To find out more about the extra features that come with SP1 for Windows 7, we’ve marked these out for you below: 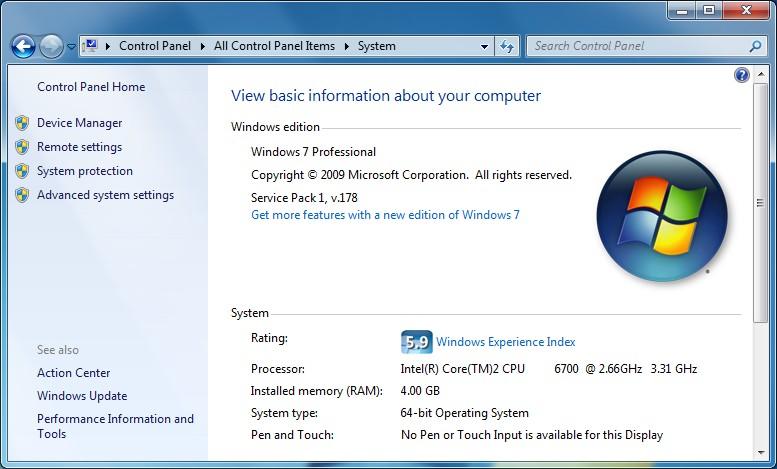 Security updates are designed to make sure your computer stays protected against any new threats.

SP1 brings a host of bug fixes and security fixes for Windows 7. Bringing your operating system’s security features up to date, in turn, helps improve the reliability of your system.

Designed for enterprise-level, you can also be confident the updates won’t compromise any important documents or applications on your computer.

One of the issues that SP1 resolves is Windows 7 connectivity with HDMI audio devices. Windows 7 users reported problems with specific brands while some would only receive sound output from their computers’ built-in speakers.

SP1 fixes this problem however, so you no longer need to worry about uninstalling and reinstalling drivers trying to get your audio devices to work.

With SP1’s updates, you may now be able to use some programs that previously had compatibility issues with Windows 7.

However, there is also a flipside. Due to the security fixes and performance updates with SP1, other programs may no longer work well with the upgrade. Specific programs found to have issues with SP1 are Ideazon Z Engine, IncrediMail Xe, AlibreDesignExpress, Lenovo System Update, and Ninja Trader. You can try restarting your computer to see if these work after the SP1 update, but there’s a risk they may not.

Another fix that comes with SP1 is for printing .xps files using the XPS Viewer.

Windows 7 users occasionally experienced difficulties trying to use the XPS Viewer, even after setting permission for .xps files. With SP1’s fixes installed, however, you’ll be able to print with the XPS Viewer seamlessly and have improved printer compatibility.

Dynamic Memory allows users to increase the density of a virtual machine, without compromising their system’s security or performance.

RemoteFX supports GPU virtualization on the server’s side. This helps produce a better 3D user experience, as well as richer media.

To help ensure SP1 resolves problems for all Windows 7 users, it’s compatible with both 32- and 64-bit versions of Windows 7.

Microsoft developed SP1 in response to customer feedback and insights. Focusing on the most common issues users found with Windows 7, it improved security, performance, and compatibility.

As a result, SP1 helps reduce the risk of program crashes or viruses on your computer in the long run. This is especially important if you’re using Windows for work and want to safeguard your documents and applications.

With customer satisfaction at the top of our minds, at SoftwareKeep we’ve made sure that SP1 is included in the installer package with any Windows 7 purchase. That means you’ll be able to enjoy the full set of SP1’s features on your computer.