How to Capture Scrolling Screenshot in Windows

Screenshots are useful, but what if you could capture a whole web page in one shot? In this post, you’ll learn the best tools to capture a scrolling screenshot in Windows. 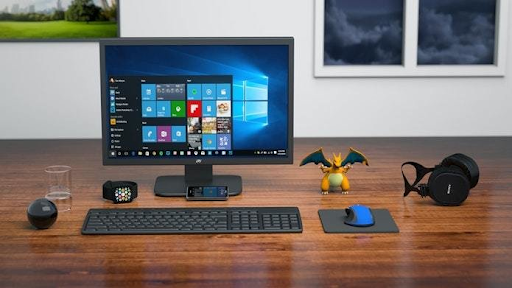 However, with all the built-in methods available to capture screenshots, you can only capture the content within the browser’s viewing area.

So, here are 5 of the best tools and applications to help you capture scrolling screenshot in Windows 10: 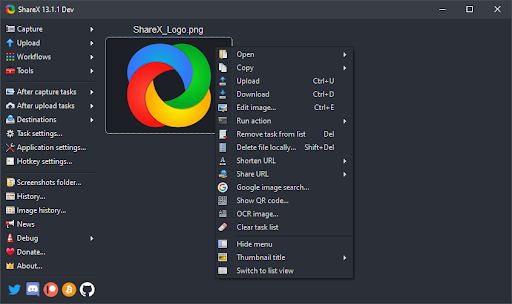 If you’re a game, then you’ve probably heard of ShareX because of its popularity in taking screenshots.

ShareX is a free and open-source program for Windows and Mac, which lets you record or capture your screen area. You can also share the screenshot or record with a single press of a key. It is one of the best tools to capture scrolling screenshots in Windows.

Gamers widely use ShareX because of its robust screen-capture capabilities. Among the key features of ShareX include video capture, scrolling screen capture, GIFs, region-select, and workflows, among many filters and effects that you can add to your captures.

PicPick is described as an all-in-one design tool for everyone - home and business. It is a full-featured screenshot or screen capture tool, color picker, color palette, Intuitive image editor, pixel-ruler, whiteboard, protractor, crosshair, and more. It is a personal favorite for home users.

Perhaps, the best thing about PicPick is that it’s free to use, for personal use, packs some very cool features that are missing in some paid programs. This includes the feature that helps you capture the scrolling screen. 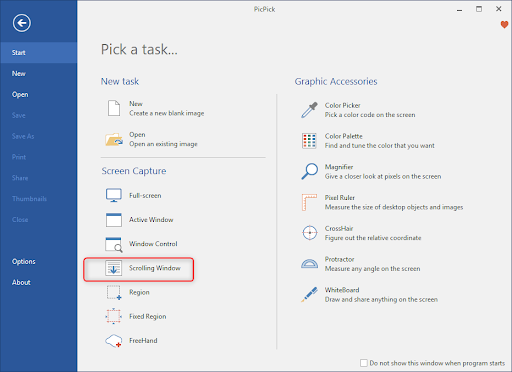 To capture a scrolling screenshot using PicPick, here are the steps:

Yet another powerful tool, Screenpresso screen capture, allows you to capture a video or an image of whatever is on your computer screen. You can also annotate or edit the screen capture and share it with anyone.

Screenpresso comes with a free version, which is convenient for those who prefer not to pay, especially home users. The application has an easy installation process, and it doesn't take up a lot of storage space. 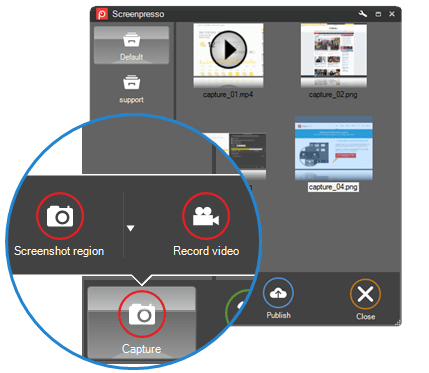 It is important to note that using Screenpresso to take screenshots, including scrolling screenshots, is also completely effortless both for experienced and beginner users. 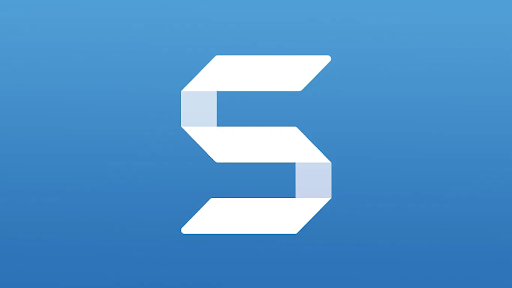 Snagit is one of the most popular screenshot-capture and video-recording programs. It was created and distributed by TechSmith. Its interface is sleek and more focused than PicPicks.

With Snagit, you can quickly capture a process, create visual instructions, and add your explanation with simple tweaks. Snagit also boasts of many superior image-editing functionalities than PicPick.

However, Snagit is only available on a paid license that costs $50 per license. This can be relatively high, especially for individual users.

Originally only for the Windows operating systems, the recent versions of Snagit are also available for macOS. However, these macOS versions may have fewer features.

Apowersoft Screen Capture Pro is a new, innovative, and highly-customizable application for screenshot-capture and image-editings.

With the scrolling Window capture mode, you can capture an entire document, browser, or webpage, including contents hidden from the viewer. The program also comes with a “Task Scheduler,” which allows you to take automatic screenshots.

Thanks to its user-friendly interface, you can quickly access the program’s features such as snapshot, scrolling screen, or screen recording. The easy, intuitive interface in Apowersoft Screen Capture Pro allows you to utilize all of its features effortlessly.

We believe that with these applications, you can capture scrolling screenshots in Windows, including Windows 10. If you need any further help, don’t be afraid to reach out to our customer service team, available 24/7 to assist you. Return to us for more informative articles all related to productivity and modern-day technology!

If you found this helpful, subscribe to our list to receive daily updates and troubleshooting solutions in your inbox. Would you like to receive promotions, deals, and discounts to get our products for the best price? Follow us on our socials.

You can also read

> How To Find Your Windows 10 Product Key

> How to Optimize Your Outlook Inbox in 5 Easy Steps

> How to Record Audio on Mac