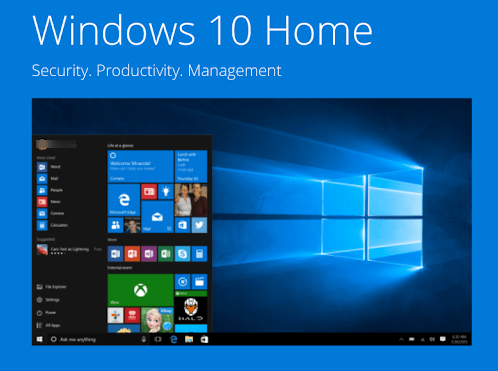 The OS's target devices include PCs, Surface Hub Microsoft HoloLens, Xbox One, phones, and tablets. Microsoft considered devices such as elevators, ATMs, wearables, and heart rate monitors to benefit from some of the new features of the OS.

With Windows 10 installed on your device, you can find, download, and install a wide range of Windows apps from the universal Windows store.

Windows 10 proved to be more secure, reliable, and efficient with its regularly timed updates. Microsoft sends security and feature updates to the OS intending to allow you to get the most out of the OS.

Windows 10 is available in several editions, just like the previous version of Microsoft's operating system line. Since each edition targets a specific user group, your experiences with the OS will depend on the type of the edition you're using.

Microsoft's products tend to come in different editions targeting different user groups and devices. Your unique needs as a Windows user will be addressed by the edition you choose. All of the Windows 10 editions cater to individual customers, large enterprises, and small businesses.

Which Edition of Windows 10 is best?

You also get to enjoy apps such as Photos, Videos, Maps, tablet mode (for touch-enabled gadgets), and iris and fingerprint login. Windows 10 Home also enhances your Xbox gaming experiences by giving you access to the Xbox Live gaming community. Get cheap Windows 10 Home key here.

Though it borrows some of its features from Windows 10 Home, Windows 10 Pro has unique features that make it an ideal OS edition for PCs, 2-in-1s and tablets.

Small businesses can benefit from its data protection, mobile, and remote productivity and cloud-based tools. 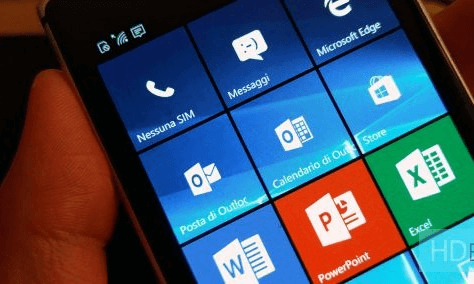 While it shares the same Windows apps as Windows 10 Home, Microsoft Windows 10 Mobile targets users of handheld touch-enabled devices such as smartphones and tablets.

It comes handy if you're using your tablet or phone to make use of Windows productivity apps. The OS allows select handheld devices to function as a computer when connected to a bigger screen.

Windows 10 Enterprise builds on the features and capabilities of Windows 10 Pro while introducing tools that large and medium-sized businesses can use to stay productive.

The OS gives you several comprehensive options for operating system deployment as well as app and device management. It's ideal for protecting sensitive company information, devices, identities, and applications against different kinds of threats.

While it carries the same features as Windows 10 Enterprise, Windows 10 Education comes with tools targeted to students, administrators, teachers, and school staff.

The OS also comes as part of Microsoft's Volume Licensing products. Schools and students already using Windows 10 Home and Windows 10 Professional have the option to upgrade the editions to Windows 10 Education.

Microsoft designed Windows 10 editions (also known as Stock Keeping Units) to address the productivity needs of a wide range of users from diverse markets and regions.

The OS editions run on target devices depending on their processing power and architectures. With adequate memory and CPU power, your device is capable of completing more tasks and run more programs. Though the supported architectures for running Windows 10 editions are 32-bit and 64-bit, some editions may demand additional CPU power.

How to Determine your Windows 10 Edition

The previous versions of Windows OS allowed you to determine the edition your device is using from the startup splash screen, welcome screen, or the About Windows dialog.

Knowing the Windows 10 edition installed on your device is crucial if you want a specific level of productivity with the OS. The knowledge will also guide you when updating your current OS to a Windows 10 edition for extra features and capabilities.

Holding down Windows key + R to open the Run utility, type winver, and then hit the Enter button. This will make the OS display your Windows 10 edition. The About Windows dialog will pop up to show the version and build number of the installed OS. Opening the Settings window (from the Start menu), select the System command, and then clicking on About will help you determine the Windows 10 edition installed in your device.

What are the Differences Between Home and Pro Editions of Windows 10?

Windows 10 Home and Windows 10 Pro are the most common editions of Windows 10. They both come with unique features targeted at different groups of users. So, what are the main differences between these two Windows 10 editions?

Windows 10 Professional is the premium business edition of Windows 10 since it comes bundled with vast capabilities.

Windows 10 Home is the core edition of Windows 10 since it targets home users more than it targets business users.

It doesn't offer support for most of the Windows 10 Pro features. Its capabilities and characteristics (as highlighted in the above table) are ideal for users in need of an OS for powering their devices or PCs for less power-intensive tasks.

If you're using a next-generation device (such as wearables), Windows 10 S may suit you and allow you to download universal Windows apps from the Windows Store.

While it may resemble Windows 10 Professional, it doesn't support Windows Server Active Directory or command-line powered apps like its sister edition. However, it's more secure and functional to the targeted devices.

Are you looking for an OS edition designed for complex academic environments such as colleges and universities? Look no further because Windows 10 Education (a variation of Windows 10 Enterprise). It comes with tools such as;

Though built-in features such as Group Policy, Windows Store suggestions, and Cortana are disabled (by default), you can activate them on different tasks.

Windows 10 Pro Education differs from Windows 10 Education since it is a Windows Professional variation. It comes bundled with tools for avoiding distraction and allowing you to concentrate more on learning. The OS edition is also part of Microsoft's growing list of Volume Licensing programs.

Though Windows 10 Enterprise carries all the features included on Windows 10 Education and Windows 10 Pro, it has restrictions on user experiences (including the Windows Store suggestions).

With access (as a network or system administrator), you can permit or restrict various features across different user accounts.

Thanks to its regular releases of software and feature updates, Microsoft continues to be relevant in the OS business. The company's products also have a limited support period (like Windows 7 and Windows XP).

Differences Between Windows 7, Windows 8/8.1 and Windows 10

One thing that makes Windows 10 stand out from its predecessors is its vast tools and improvements.

If your PC or device is still running on Windows 7, consider upgrading the latest OS version to improve your productivity.

It may be frustrating when your device fails to receive essential Windows software and security updates because the OS you're using is outdated (expired support period).

The first major release of Windows 7 dates back to 2009 when Microsoft's goal was to make the OS part of the Windows NT OS family and an increment Windows update.

Windows 10 differs from Windows 7 in terms of support for handheld devices and user interface.

Unlike Windows 7, it features an improved Start Menu, a universal app, Cortana digital assistant, and virtual desktops. It is also possible to synchronize its capabilities with desktop computers, laptops, phones, and tablets.

The first release of Windows 8 dates back in 2012 with Microsoft focused on improving the Windows platform and user interface for pleasurable user experiences on PCs and handheld devices.

Windows 8 introduced the Windows Store, touch-optimized Windows shell, the Start screen, and a tool for synchronizing apps and settings between your devices. In response to the criticism that Windows 8 received, Microsoft released an updated version of the OS known as Windows 8.1 a year later.

Based on its wide range of features and capabilities, Windows 10 serves as an update and modification of Windows 8/8.1. Microsoft designed the OS to include apps such as Cortana and Edge browser, which were highly demanded by Windows 8/8.1 users.

Unlike Windows 8/8.1, the icon of the Windows apps is resizable in Windows 10 (which also runs on touch-enabled devices, handheld devices, and PCs).

The clear winner of the battle of operating systems is Windows 10 since it comes with an extended support period when compared to its predecessors (Windows 7 and Windows 8/8.1).

As a Windows 10 user, you'll feel that something is amiss on Windows 8/8.1 when you start using it. Windows 7 has stability and performance issues, which make it less superior to Windows 10. If you're looking for an operating system that delivers user-friendly, smooth, and fast experiences, the best choice would be Windows 10.

Is Upgrade to Windows 10 Worth it? What Benefits Come with the OS?

The support period for Microsoft Windows 7 ended on 14 Jan 2020. The only choice Windows 7 users have is to switch to Windows 10 unless they want to miss out on essential security updates and support from Microsoft.

The good thing about upgrading your OS to the latest version is that you get better tools for improving your productivity. Besides boasting improved performance and stability, Windows 10 comes with the Cortana digital assistant, a clipboard history tool, and Edge browser, among other amazing apps.

Microsoft has continuously been updating Windows 10 since its release in 2015. The free updates give you the option to select when it's convenient to install them, depending on your time preferences

Once you switch to Windows 10, you benefit from the new Windows technology Microsoft included in the operating system. The benefits you'll derive from using the OS are as follows:

Are you considering switching your current Windows OS to Windows 10 based on what you've read from this article?

You'll be making a great choice by upgrading your OS since Windows 10 brings new and improved utility programs and features to make your computing experiences across PCs, smartphones, tablets, and Mac worthwhile.

Don't miss out on a chance to have an operating system with comprehensive built-in security features that keep your PC safe and more intuitive tools to improve your productivity. Get your Windows 10 Pro Upgrade Key Today!