How To Unblock Someone on Snapchat

If you've blocked someone on Snapchat and want to unblock them, here's how you can unblock them. Enjoy each other's snaps and stories again. 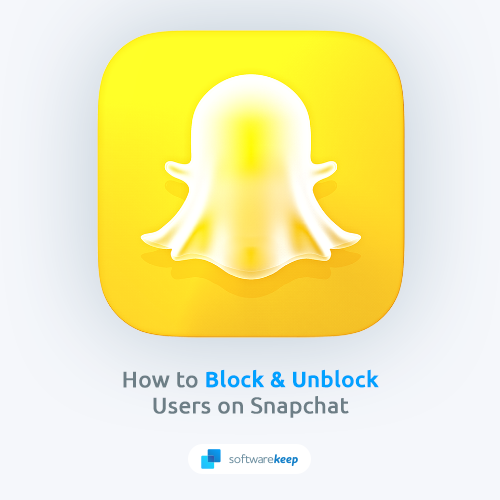 To unblock a friend:

Read along to find out more!

What Is Blocking and How Do You Do It on Snapchat

Snapchat is a photo messaging app that allows users to send images and videos to friends. The app also lets users add text, emoji, and drawings to their snaps.

Snapchat offers a variety of features, including the ability to "block" other users. Blocking someone on Snapchat prevents them from sending you snaps or seeing your story.

Once a Snapchat user is blocked, they will no longer be able to send messages or view Snapchat stories from the person who blocked them.

Why Would You Want To Unblock Someone

There are various reasons why someone might want to unblock someone on Snapchat. Perhaps they had a falling out with a friend and have since made up. Or, they may have added someone to their block list by accident.

Regardless of the reason, unblocking someone on Snapchat is relatively simple, and you can find the steps below! Keep in mind that when a person is unblocked, they will once again be able to send messages and view Snapchat stories from you.

How To Unblock Someone on Snapchat

Snapchat is a mobile application that allows users to share photos and videos with their friends. Snapchat also allows you to "block" other users, which prevents them from seeing your Snapchat stories or sending you Snapchat messages.

If you have blocked someone on Snapchat, you can unblock them by following these steps:

Once you have unblocked someone on Snapchat, they will be able to see your Snapchat stories and send you Snapchat messages once again.

What Happens When You’re Blocked on Snapchat

When you block someone on Snapchat, they won’t be notified. However, if they try to add you, they will get a notification saying “You cannot add this person because they have blocked you.”

Here's a list of what happens when you're blocked on Snapchat:

If you try to view a story or snap from someone you’ve blocked, you’ll see a message saying “This Story is No Longer Available.” Snapchat will also remove that person from your Friends list. If you try to add them back, you’ll get a message saying, “You can’t add this person because they aren’t your friend on Snapchat.”

Snapchat doesn’t allow users to see a list of people who have blocked them, but there are third-party apps that claim to be able to do this. Snapchat has said that these apps are not affiliated with Snapchat and should not be used.

FAQs About Blocking and Unblocking People on Snapchat

Snapchat is a popular social media platform that allows users to share photos and videos with friends. One of the features of Snapchat is the ability to block and unblock people.

If you're wondering how this works, here are some answers to Frequently Asked Questions about blocking and unblocking people on Snapchat.

How do I block someone on Snapchat?

To block someone on Snapchat, open the app and go to the "Settings" menu. Then, tap "Blocked" and enter the name or username of the person you want to block. Snapchat will then prompt you to confirm that you want to block the user.

Can someone tell if they've been blocked on Snapchat?

There is no way for a person to tell whether or not they have been blocked on Snapchat. If you try to view a snap or story from someone who has blocked you, you will see a message that says "This Story is no longer available."

What happens when I block someone on Snapchat?

Can I see a list of people who have blocked me on Snapchat?

At this time, there is no way to see a list of people who have blocked you on Snapchat. However, there are some indicators to look out for. If someone has blocked you, you will not be able to view their snaps or stories.

Additionally, their username will no longer appear when you use the search function.

That’s all there is to it! Just follow the steps above if you ever change your mind and want to unblock someone on Snapchat. For more information on Snapchat and other social media platforms, be sure to check out our blog. We have tons of articles that can help you stay up-to-date on the latest trends in digital marketing.

Thank you for reading :)

Looking for more tips? Check out our other guides in the Softwarekeep Blog and our Help Center! You’ll find a wealth of information on how to troubleshoot various issues and find solutions to your tech problems.

Sign up for our newsletter and access our blog posts, promotions, and discount codes early. Plus, you'll be the first to know about our latest guides, deals, and other exciting updates!

» How to Fix “iPhone is Disabled. Connect to iTunes”
» How to Install and set up Office on an iPhone or iPad
» What Is the DCB_ASSOCIATION Message and How To Disable It

Feel free to reach out with questions or requests you’d like us to cover.