Will Windows 11 Get These New Emojis?

Microsoft released Windows 11 with a new set of emojis back in 2021, but they're not everyone's favorite design. We saw a preview of gorgeous 3D emojis in an early trailer that would later appear to be scrapped when the operating system was released.

Is Microsoft finally planning on making any improvements to the designs? Will we ever see the new, 3D emojis in Windows 11? The answer is finally starting to look like "yes." Windows 11 users are still looking forward to the new and improved look of emojis, and the release could be closer than you might expect.

Microsoft has shared some images of the proposed new emoji designs in the past, which you can see below. Let’s take a look!

Windows 11 Is Finally Getting New Fluent Emojis Via Software Update. Microsoft is rolling out an update to the Windows 11 Operating System to add the highly-anticipated Fluent Emojis. These new emojis will come in 2D designs and will be exclusive to Windows 11 users.

Microsoft has already showcased a preview of the whole range of new emoji designs, including all gender-neutral options, redheads, and even dinosaurs. But upon release, only a simplified 2-dimensional design of the emojis was implemented in Windows 11, which left users wondering if there’s more to come.

Believe it or not, many of the promised Windows 11 features weren’t included in the initial release version, such as Android apps or the new Microsoft Store. Because of this, we think it’s possible that Microsoft is still planning on releasing the new, redesigned emojis in the future.

Hope is on the horizon for those who want 3D emoji in Windows. It’s speculated that compatibility issues are holding back new emojis, but don't give up yet. Experts say Microsoft might release them soon enough, even though they're not compatible across browsers or apps just yet.

The new emojis are expected to still appear in Microsoft’s own applications (like Teams) until they're supported by others too! 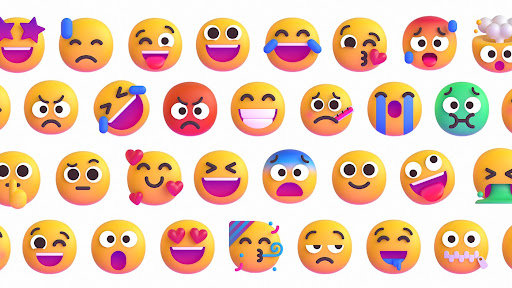 Emojis are small digital pictures used to represent an emotion, feeling, or idea in electronic communication. They're mainly used on mobile devices, but recently became mainstream on all online platforms. This means that you need instant access to your emojis even on your computer or laptop.

Apple made the step of introducing an emoji keyboard on macOS, and Microsoft is finally catching up. Windows 11 users can easily type these little icons into any chat or text field to express themselves.

Why are emojis important?

Emojis have become an important part of online communication, with 92% of the online population using them. They help people to communicate better and faster, especially when words can't quite capture the sentiment you're trying to get across.

Emojis have come a long way since their inception in 1999. From the early days of smiley faces and hearts, we've now got emojis of every color, shape, and size. So it's no wonder that Microsoft is reportedly working on some new emojis for Windows 11.

How can I get the new Windows 11 emojis?

At the time of writing, you can already catch a glimpse of the new emojis in Windows 11, although it’s not the 3D design shown in trailers. Microsoft Design refers to the current style as “Flat” to emphasize the lack of shading that makes the trailer emojis look more 3D in appearance. 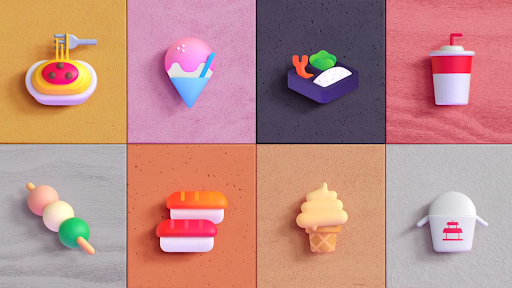 Many users are disappointed with the current Windows 11 emojis, but a large chunk of the user base sees them as a much-needed improvement. As opposed to the emojis in Windows 10, the new ones are less stylized and bold but don’t quite reach the expectations set by Microsoft Fluent Emoji.

People all over the world are eagerly awaiting any news concerning Microsoft's new emojis. It is possible that they may be announced at Build, or another event in May? It would certainly make for an interesting development if these emojis were brought to fruition by one of technology’s most influential companies!

Watch the Will WINDOWS 11 get these NEW emojis? Video

Are you excited to see the new 3D emojis in Windows 11? If yes, be the first to hear about the news by visiting the SoftwareKeep blog regularly, or subscribing to our newsletter! We’ll report on any improvements regarding the new Windows 11 emojis as soon as they happen.

If there are any questions left unanswered or problems not addressed, please feel free to reach out — our team of experts would love to help! In the meantime be sure to keep up with all things tech by checking back for more articles about troubleshooting, and following us on social media.

In addition, you can check our Help Center for a wealth of information concerning all things Windows.

Sign up for our newsletter and get early access to our blog posts, promotions, and discount codes. Thank you for reading! We hope to see you again soon.

Feel free to reach out with questions or requests you’d like us to cover.